AB5 has sparked a lot of publicity over the last several months. Ever since the Dynamex decision of 2018, there has been a lot of back and forth between independent contractors, those wanting full-time employment, and gig economy giants like Uber and Lyft. However, the reaches of AB5 extends further than just the ridesharing economy, but to other sectors as well, namely freelance writers and editors. With the onset of AB5 set to take place in January 2020, many are scrambling to understand how the ramifications of AB5 are going to affect them. 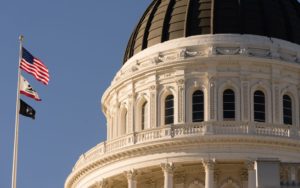 In addition, to the ride-sharing economy, AB5 also affects other industries including the medical field, real estate, marketing professionals, accounting professionals, and journalism to name a few. However, some exemptions have been granted for professionals who negotiate their own rates, communicate directly with customers, and who make at least twice the minimum wage. In the case of freelance writers, they are exempt from AB5 if they provide under 35 submissions to any given publisher a year. Which in and of itself, is not that many submissions.

Under AB5, freelancers who rely heavily on the income they derive from their work will have to diversify who they make submissions to in order to maintain their status quo. This may become increasingly difficult as many media outlets have downsized, making competition more fierce. Additionally, in order to remain compliant, many publications may choose to work with freelancers outside of California.

The one silver lining of AB5 for freelancers is that they will no longer be responsible for self-employment taxes if they are considered employees, as the employer pays a portion of social security and medicare taxes. 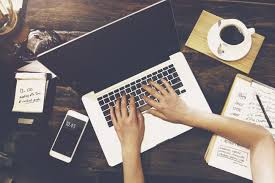 How Will AB5 Be Enforced

How exactly AB5 will be enforced remains to be seen. Is there going to be a regulatory board counting every submission you make? The likelihood of that happening is pretty slim, however, one still has to wonder how the state will enforce this new legislation. AB5 does give power to the attorney general and city attorneys in large cities, and local prosecutors to file lawsuits against companies who violate the law. Under which circumstances, a complaint would have to be filed.

Most freelancers enjoy the freedom they have while working freelance. It allows many of them the flexibility to raise their family and pursue their dreams. In addition, many rely on their freelance income to supplement their other income. AB5 could alter the landscape of the freelance community, and make it more difficult for freelance writers to secure consistent work. The concern is that instead of hiring on a freelance writer as an employee, the publication could choose to cut back on the number of submissions they select from a given writer. This move would allow the publication to avoid the additional costs of extending employee benefits to that worker. At the same time, it would reduce the amount of work the freelancer receives, forcing them to look for other opportunities, which may or may not become more scarce.

AB5 takes effect in January 2020. There is still a lot of talks taking place, hopefully, to shape the new law favorably. Freelance writers, as well as other workers affected by the new law, will have to pay close attention as the new law shapes up. For more information on AB5 and how it affects you subscribe to our newsletter.

The Best Way To Pay Your Sharing Economy Taxes

The Most Pressing Airbnb Tax Questions

How Tax Planning Can Save You Thousands