Indeed, electric vehicles (EVs) are becoming quite popular with those who can afford them, that is. Not only are they quiet, but they emit no carbon dioxide as they run. As a result, many activists and policymakers champion EVs as essential to mitigating the ill effects of climate change. An EV tax credit has been taking the sting out of the price tag. However, until recently, the most recent iteration of the bill has been bottled up in legislative tugs-of-war. As of the end of July, however, the U.S. Senate voted to move forward with legislation renewing the 2022 EV tax credit until 2032.

What Is the EV Tax Credit?

A federal credit toward taxable income applies to anyone who purchased a new electric vehicle or plug-in hybrid vehicle in and after the year 2010. Per the U.S. Department of Energy (DOE), the maximum credit available is $7,500, depending on the battery’s voltage capacity. So, anyone with a documented purchase of an eligible vehicle can take the credit. These cars must be 2010 models or later, be bought, not leased, and be battery-electric or plug-in hybrids.

The previous tax credit had a cap of 200,000 cars per manufacturer, which Tesla and GM surpassed years ago, with Toyota, Ford, and Nissan close to reaching that number soon. Because of this, the new legislation will remove that cap at the start of 2023.

The new legislation, dubbed the Inflation Reduction Act of 2022, is a revised reboot of “Build Back Better” legislation first proposed by President Joe Biden and Congressional Democrats. Congress has already passed it with a 51-50 vote, which means more EV tax rebates until 2032!

As noted above, the EV tax credit is a graduated figure conditioned on battery capacity. Those with the least voltage can still count for a minimum EV rebate in 2022 of $2,500. The vehicles holding the largest batteries warrant a maximum of $7,500. Between those boundaries, the credit equals $417 per kilowatt hour. Almost all EVs made during the years allowed can qualify for $7,500. Plug-in hybrids like the 2019 Volvo S 60 fetch a tax credit of $5,002. It should be clear that the Internal Revenue Service (IRS) does not allow an EV tax credit that exceeds taxable income, nor can excess credit roll over to the following year.

What Vehicles Qualify for the Electric Vehicle Tax Credit?

Since the Inflation Reduction Act became law, with the 200,000 cap removed, Tesla, GM, and Toyota EV buyers will have access to the EV tax credit once again. However, the impact on sales is uncertain (although most likely positive for the car makers). After all, Tesla purchasers were denied this credit for over two years. Yet, the company still captures 70 percent of the electric battery-powered automobile market.

These car manufacturers will still be offering tax rebates on their EVs in 2023, with Tesla, Toyota, and GM added back to the list.

A challenge that the Inflation Reduction Act poses for all new EVs is the requirement that two-fifths of all battery component materials come from either U.S. soil or that of a free trade agreement partner.

Given that China is a significant source of these mineral ingredients, and shifting to other countries might be difficult and costly. EVs and plug-in hybrids (PHEVs) rely on the following battery types:

Other Subsidies for EVs

Worth noting is that the U.S. government is not the only entity seeking to stimulate the production and purchase of electric vehicles through an electric car tax credit in 2022. Nearly every state government in the Union runs some program, directly or through public utilities, to encourage EV ownership. Among the most generous are Colorado, Connecticut, Delaware, Maryland, California, Massachusetts, and New York. Each of these offers an EV rebate in 2022 of at least $2,000.

A model for these programs is the California Clean Vehicle Rebate Project (CVRP). This rebate can be more generous than its proposed federal counterpart because it applies to vehicles under lease and those bought outright. As with the EV tax credit 2022, the CVRP operates from a graduated scale, giving between $1,000 and $7,000 in credits against tax obligations. An income test must come before any award of a rebate, and the EVs must be bought or leased in the state of California, among other parameters, for approval.

In addition, there are private organizations that come alongside buyers to help negotiate a reasonable price with dealerships. The Sierra Club, for example, lobbies for price controls and other ways to bring down the cost of such automobiles. Governments and environmental groups are working to make EVs and PHEVs more affordable and, consequently, more common on the roads. 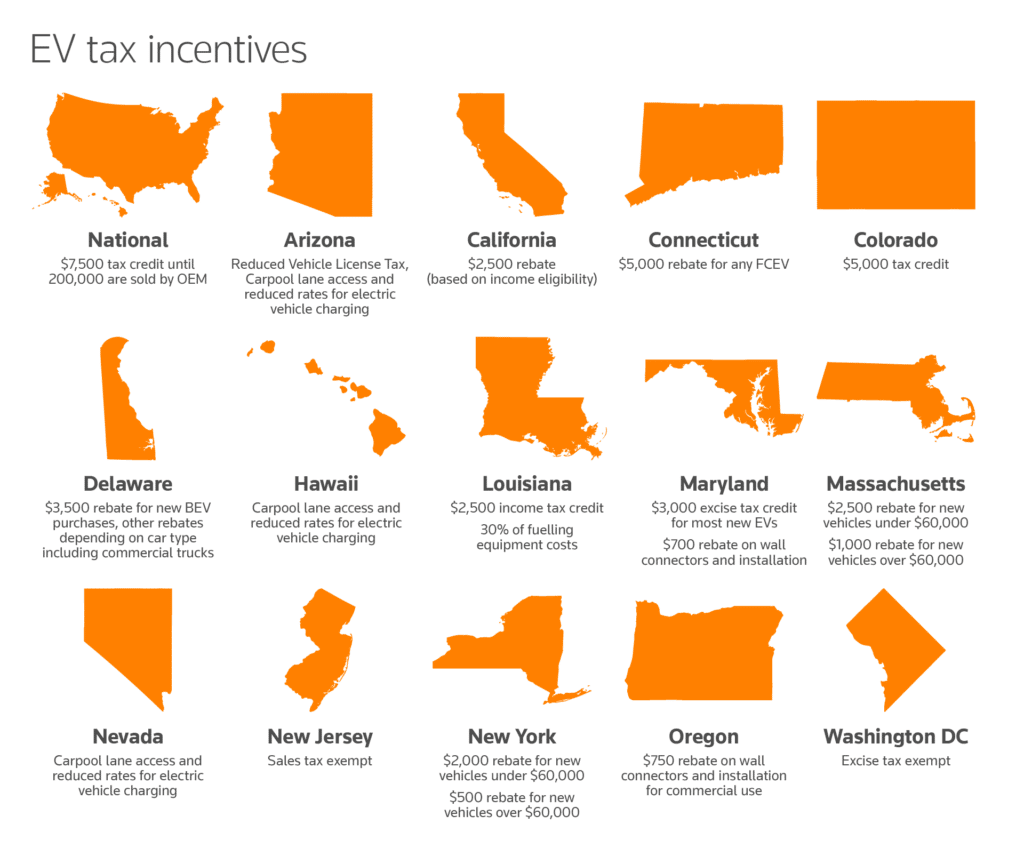 Final Thoughts on the Tax Credit

Companies that came later to the EV game than did GM, Toyota, and Tesla might feel cheated by the lifting of the 200K limit on eligible vehicles per manufacturer. After all, these three are farther along technically, already tweaking their models for greater efficiency and less environmental impact in their making. Yet any head start gained is quickly offset by the myriad alternatives of which car shoppers can avail themselves. Since the Inflation Reduction Act was passed by Congress — whatever its other outcomes, more EVs will certainly roll out.

Shared Economy Tax has the experience and expertise you need to solve all your most challenging tax problems. Click here to get started today with a one-on-one strategy sessions, and see how much you can save with Shared Economy Tax!