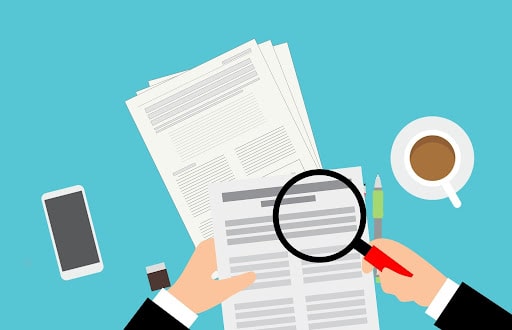 Filing your taxes can create a ton of stress. The US tax code is thousands of pages long â€“ and extremely complicated. Despite this complexity, the IRS expects you to comply with all of these detailed rules. If you don’t, you may face an audit, which can lead to owing more taxes and, potentially, penalties. Fortunately, strategies exist to minimize the likelihood of an IRS audit. As such, we’ll use this article to outline the five most common audit triggers and how to avoid them.

What is an Audit?

According to the IRS, an audit: is a review/examination of an organizationâ€™s or individualâ€™s accounts and financial information to ensure information is reported correctly according to the tax laws and to verify the reported amount of tax is correct. Simply put, the IRS conducts audits to ensure that what you report on your tax return accurately reflects reality. Audits help make sure people pay their fair share of taxes by not A) making mistakes on their tax returns, or B) conducting tax evasion (a crime).

When people hear the term audit, they often imagine an IRS employee pouring over records in your office. Yes, this can happen. But, the IRS conducts most audits by mail. Known as a correspondence audit, this type of audit begins with a letter from the IRS. This letter will request additional information about certain items shown on the tax return such as income, expenses, and itemized deductions. In these situations, the IRS has a few questions about your return, questions you can likely clear up with a written response.

Alternatively, the IRS can conduct an in-person interview. These audits occur more infrequently but tend to involve far more in-depth examinations of your tax returns and associated documents. And, the interview may be at an IRS office (office audit) or at the taxpayerâ€™s home, place of business, or accountantâ€™s office (field audit).

Regardless of type, the IRS will always notify you of a pending audit by mail â€“ never by phone or e-mail. This approach helps avoid audit-related scams, with criminals pretending to be the IRS.

The IRS selects most returns for audit based on a system of computer scoring. The IRS Discriminant Function System (DIF) generates a score. And, this score: rates the potential for change, based on past IRS experience with similar returns. Similarly, the Unreported Income DIF (UIDIF) score rates the return for the potential of unreported income. IRS personnel screen the highest-scoring returns, selecting some for audit and identifying the items on these returns that are most likely to need review.

If the IRS believes that you have under-reported taxable income, an audit can lead to a high tax bill. Plus, additional taxes can come with associated interest and penalties. In a worst-case scenario, an audit can potentially lead to criminal charges if the IRS determines that you conducted tax evasion. None of these are good outcomes.

And, even if your audit doesn’t result in any additional consequences, it will certainly cost you in stress and time. The bottom line, you should take all possible steps to avoid an IRS audit. Accordingly, we’ll use the remainder of this article to outline common audit triggers â€“ and how to avoid them.

One of the most common triggers for an IRS audit involves simple math. When you receive a W2 from your employer or 1099 for another income source (e.g. freelance work, investment income, etc.), the IRS receives a copy, too.

Assume you receive a 1099-NEC for $10,000 of independent contractor income. If you don’t report that income, the IRS computer system will automatically flag your return. As stated, the IRS also receives these income-reporting forms, so it knows you should have a certain amount of W2 or 1099 income reported. Failing to include this income on your tax return will, understandably, trigger an audit.

Make sure you include all of your W2- and 1099-based income on your tax returns. For most employees, this is easy, as you’ll just have your employer-generated W2. But, for freelancers and people with a variety of 1099-type income, you need to stay organized. Accidentally forgetting to report information from a single 1099 can trigger an audit.

If you’re a sole proprietor or independent contractor, you’ll generally report that income on Schedule C to your tax return. This form allows you to include a variety of business-related deductions not available to most taxpayers. But, the DIF computer system automatically flags self-employment-related anomalies. For instance, a barber with $40,000 in reported revenue likely shouldn’t have $35,000 in business expenses.

On the one hand, you should take every allowable business deduction possible. That is your right as a taxpayer. But, when filing Schedule C, you’ll want to work with a tax professional to ensure you don’t include any unallowed expenses. Generally speaking, if you include the expenses allowed by law, you will not run afoul of the DIF.

3. Reporting a Hobby as a Business

Confusing a hobby for a legitimate business can trigger an audit. For example, say you breed and sell rare cat breeds. And, as a result, you report that income on Schedule C as a self-employed individual. This can be an advantageous decision, as it allows you to report business expenses. But, to avoid abuse, the IRS has clear rules differentiating hobbies from businesses. Most importantly, the IRS states that a hobby does not qualify as a business if you haven’t reported a net profit in at least three of the last five years.

If you take a taxable loss from an activity for multiple years, there’s a good chance the IRS will consider it a hobby. If you don’t anticipate eventually making a profit, don’t report the activity as a self-employment loss.

4. Making a Lot of Money

Unfortunately, the more money you make, the more likely you are to be audited. According to the IRS: Taxpayers with incomes of $10 million and above had substantially higher audit rates than taxpayers in every other income category for each calendar year from 2010 through 2015. Those with incomes above $1 million also had higher exam rates than all other groups earning less.

You shouldnâ€™t try to earn less money because of higher audit rates. However, high-income taxpayers should recognize the risk of audits they face. And, they should take measures to prepare themselves for such an outcome. Most importantly, high-income taxpayers should surround themselves with a team of tax professionals, people who can help A) minimize the likelihood of an audit, and B) protect you in case an audit occurs.

On the other end of the spectrum, the IRS also audits a large portion of low-income taxpayers claiming the Earned Income Tax Credit (EITC). The EITC is a refundable credit, meaning taxpayers can receive cashback when they claim it. As a result, the EITC program has a history of fraudulent claims.

If you claim the EITC, there’s a good chance the IRS will review your return â€“ even without you knowing it. Due to the potential for fraud, IRS staff look closely at all EITC-related returns before issuing a cash refund. This additional scrutiny often occurs without the taxpayerâ€™s knowledge. As with high-income taxpayers, you can avoid an associated audit by working with a tax professional. The EITC program can be complicated. Don’t risk an audit by making a mistake on your return.

Audits can cost taxpayers a significant amount of time, stress, and money. By avoiding these common audit triggers, taxpayers can minimize their chances of an IRS examination.

But, we also understand how complicated and overwhelming filing your taxes can seem. We want to help! At Shared Economy Tax, we live and breathe taxes for small businesses, so contact us to set up a tax planning strategy session!