The New York City Airbnb law is changing the game for NYC Airbnb hosts. This new law regulates Airbnb hosting in the city, and it restricts many hosts from offering short-term rental hosts in the Big Apple. Now, NYC requires Airbnb to disclose all of its hosts in the city so it can enforce the new Airbnb law. 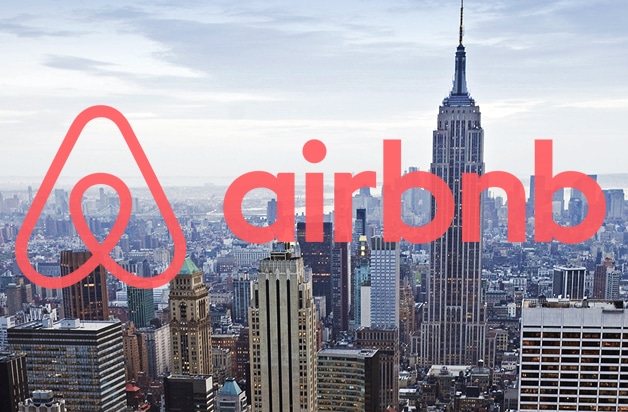 Airbnb NYC Law: How It Works

The New York City Airbnb law says it’s illegal to rent apartments for fewer than 30 days in most buildings, particularly Class A dwellings. Generally, Class A dwellings include buildings with three or more permanent residential units. Rentals can exceed 30 days if the owner is on-site while the unit is being rented.

The new law cracks down on the availability of illegal short-term rentals in one of the world’s largest tourism destinations.

Hosts who want to operate in NYC need to understand the law to stay on the right side of it. Violations can incur significant penalties, including eviction, so don’t take a chance.

Read these bullet points to get a better understanding of the New York City Airbnb law. 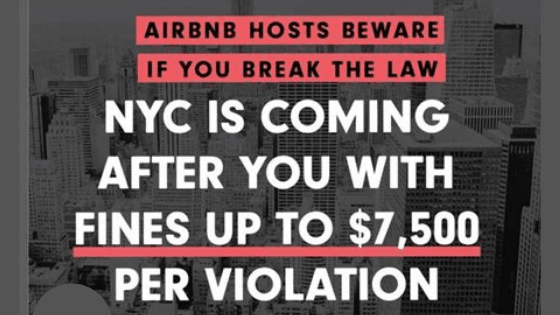 The Controversy Around Airbnb Laws

A controversy has been swirling around this law since it was first introduced. Interestingly, both sides accuse the other of holding business above the people’s best interests.

Lehane, a former adviser to President Bill Clinton, also accused the bill’s supporters of putting hotel owners and union interests ahead of their constituents.

“This is a bill that really is designed to benefit the hotel industry,” Lehane said in a conference call with reporters.

Airbnb is pulling out all the stops to oppose the NYC Airbnb law. An NYC-based Airbnb host filed suit against the city in federal court to fight the law, and Airbnb bankrolled the court costs. In the lawsuit, the host accused city officials of retaliating against him for publically supporting short-term home rentals.

Airbnb argues that they allow hosts to utilize their properties more efficiently and better account for their monthly mortgage payments. However, housing advocates claim that short-term rentals Airbnb rentals contribute to rising rents and gentrification.

The NYC law’s most notable backers are adamant that it’s the right call for the City. Carlina Rivera, the councilwoman who introduced the NYC Airbnb law, defended “This is about preserving as much affordable housing and housing stock as possible,” said

When the city council voted on the NYC Airbnb law, it passed unanimously by a 45-to-0 vote.

What’s Next for Airbnb Laws

Airbnb’s valuation topped $35 billion in the spring of 2019. However, the company’s legal woes seem like they will get worse before they get better.

The NYC case inspired many more US municipalities to pass similar legislation, and Airbnb is spending millions to fight them.

It seems like the legal landscape will become increasingly complicated for hosts in the coming years.

The laws are officially in effect, and NYC is out for blood. Don’t get caught on the wrong side of the new Airbnb Laws in New York because it could cost you. Penalties are stiff, and violations could ultimately result in an eviction. As a result, compliance is more important than ever for NYC Airbnb hosts.

If you need help navigating the NYC Airbnb Law, reach out to the Shared Economy Tax pros for a free one-on-one strategy session. We can tell you everything you need to know to stay compliant and, if you are having issues, we can help you find simple solutions. Contact us today to learn more.